We've always learned in school, the Pilgrims had pumpkin on the first Thanksgiving.
Pumpkins have assumed to have been from the Americas. When the Pilgrims landed the local Indians already had pumpkins and squash under cultivation. Early pumpkins or 'pompion' were hollowed out raw, filled with milk and spices and then roasted whole in the fire into a sort of pudding. No bakery pie pastry shells were involved as there were no ovens for controlled baking.

Nutritionally pumpkins were a welcome addition to the Pilgrims' meals. Rich in all kinds of minerals and vitamins, pumpkins had vitamin C which helped to prevent scurvy. Over half the pilgrims died the first year for lack of proper nutrition and resulting disease.

We have been taught--Pumpkins are a traditional food for Thanksgiving. 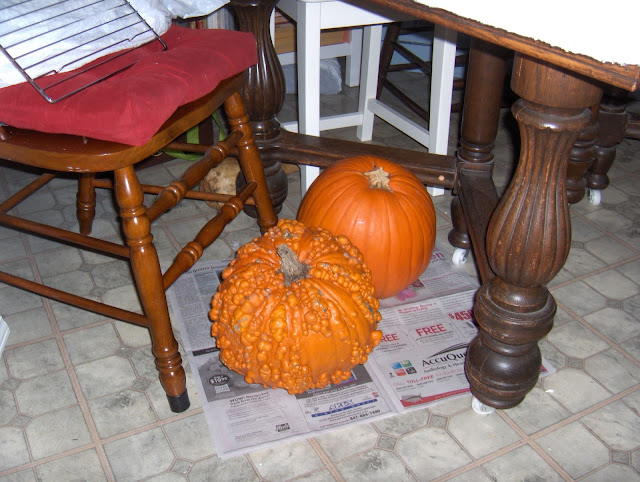 Today we use our homegrown pumpkins outside as decorations. After a heavy frost---I bring them in and they become a source of garden produce and then food. 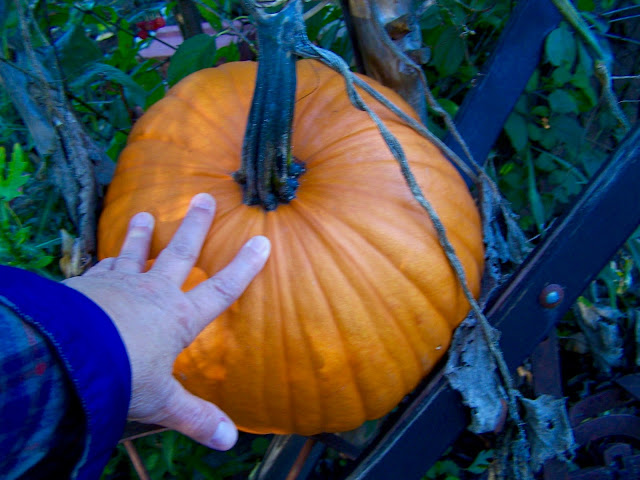 This is one of last year's pumpkins, growing on our antique cultivator. 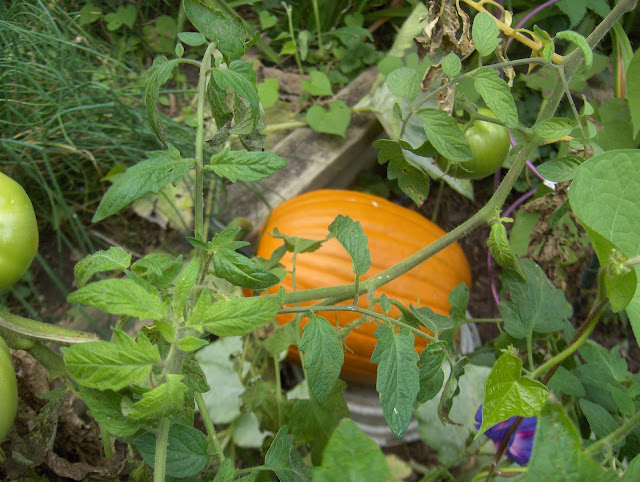 Another large one hid in the vines. 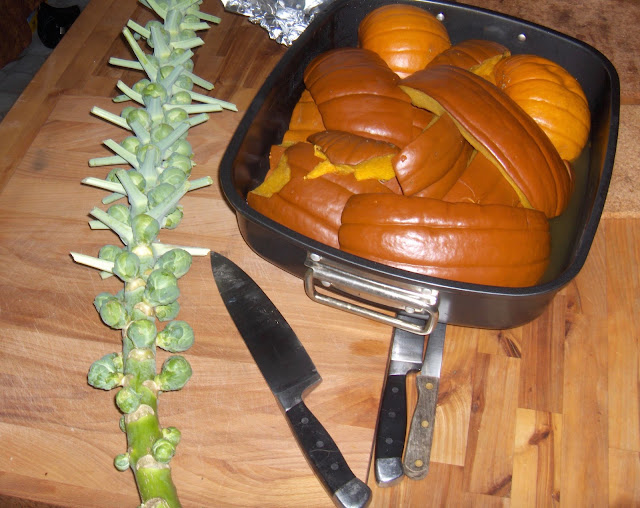 Scrub your pumpkin off, even if it is store-bought. Slice it open. You don't have to remove the seeds, just layer the pieces skin side up in a roaster as high as you like. Add 1 cup of water to the pan, cover tightly with foil. Roast at 350 degrees for 1 1/2 hours or more---test by piercing the thickest part of a piece and if it's tender, it's done or I just push down on the humps of pumpkin and if they are soft, they are done...and I leave it covered until cooled to finish roasting for sure.

Let cool, scrape the seeds and slime off first, discard.  Then scrape the flesh and with the skin removed, process in your food processor until smooth. If it is too thick, add a bit of water from the roasting pan to process. Measure, bag, label and freeze for recipes.
It is delicious and I think far superior to canned pumpkin.
When thawing I drain excess water out by putting paper towel in a strainer, the resulting puree is more the consistency of canned pumpkin. 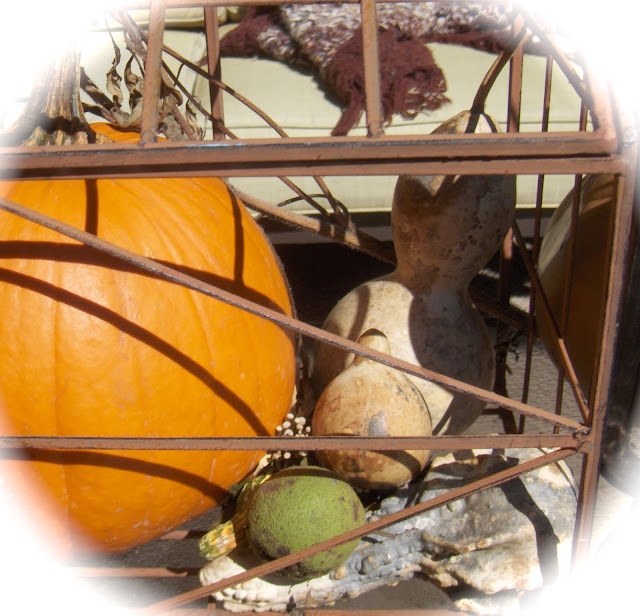 Even the decorative pumpkins get roasted for eating. 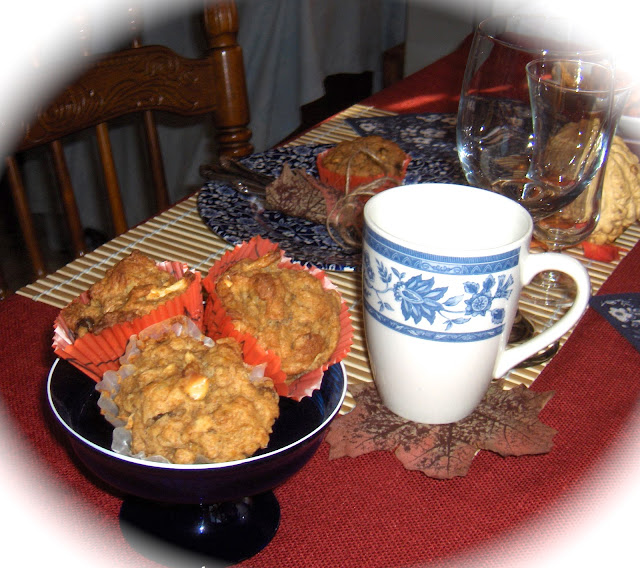 Pumpkin pies, breads, soups are all delicious and high in nutrition.


So ---remember, there were no pies at the first Thanksgiving. Sigh!

Hope your preparations are going well and that you have
wonderful PUMPKIN PIE and all the trimmings.

All the opinions and photographs in this blog are my own, unless otherwise designated. I have not been paid or reimbursed in anyway for my opinions, posts or any products shown or anywhere I shop.

Thanks  ALWAYS  for visiting!