Blogger has eliminated their "Join by email" option as of July 1, 2021. Please take some time to rejoin my blogs via email from

You don't have to opt-out of other services. But, you have the options of only receiving blogs/sites that you choose to hear from.

I've never asked before---but, so many bloggers on google/blogger/blogspot are loosing all their followers. Please make sure you support your favorite bloggers, or the blogworld will change forever.
I've always tried to be faceless behind my blogs---but I'm a real granny, a retired artist, collector of antiques, and odd stuff and I play with dolls!

never have ads or newsletters. I work very hard for content suitable for any age. I never send additional emails about the blog or use any of your information in any way, except to ask you this one time to please join via the new widget

HUGS, and Thank you, so much!

I will read and happily respond to every
comment and answer every question.
Please Join me at these fine blog parties:
Friendship Friday
Friday Favorites
Anything Goes Saturday
Inspiration Monday
Metamorphisis Monday
Wonderful Wednesday
Please do not use my photos without a link back to this blog without my permission.
Thank you for your cooperation,
Sandi 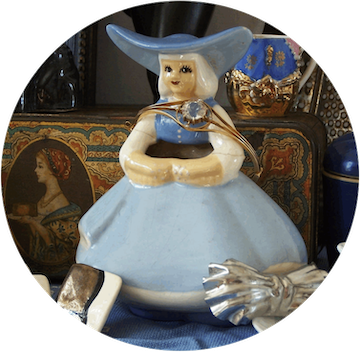 WE THE PEOPLE
Signed in convention September 17, 1787. Ratified June 21, 1788
A Post on Family, History, Immigration and OUR Constitution (Originally posted in 2019)
We the People of the United States, in Order to form a more perfect Union, establish Justice, insure domestic Tranquility, provide for the common defense, promote the general Welfare, and secure the Blessings of Liberty to ourselves and our Posterity, do ordain and establish this Constitution for the United States of America.
The above words are from the Preamble for the Constitution
from Constitution Center
None of these institutions of government, created or recognized by the Constitution, is superior to the Constitution itself. None is superior to the ultimate power of the people to adopt, amend, and interpret what is, after all, the Constitution ordained and established by “We the People of the United States.”
from Erwin Chemerinsky, Dean and Distinguished Professor of Law, and Raymond Pryke Professor of First Amendment Law, University of California, Irvine School of Law.
Read the full discussion here.
This is why three branches of government protect and defend the WE.
James Madison, one of the leading architects of the Constitution, put it best in The Federalist No. 49: The people are the only legitimate fountain of power, and it is from them that the constitutional charter, under which the several branches of government hold their power, is derived . . . .  Constitution Center
So who are WE THE PEOPLE?
In..."1492: Christopher Columbus lands on a Caribbean Island after three months of traveling. Believing at first that he had reached the East Indies, he describes the natives he meets as “Indians.” On his first day, he orders six natives to be seized as servants." Native American History 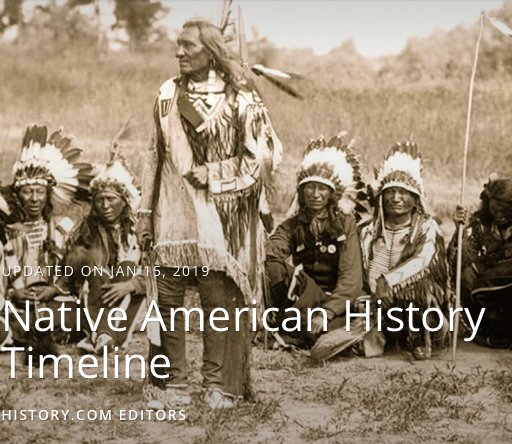 "There are three main sources of controversy involving Columbus’s interactions with the indigenous people he labeled “Indians”: the use of violence and slavery, the forced conversion of native peoples to Christianity and the introduction of a host of new diseases that would have dramatic long-term effects on native people in the Americas." Columbus Controversy
The above sites gives every American a condensed version with many links to our ancestors abominable treatment of the indigenous peoples inhabiting this FREE land. Today the 570 tribes still existing under our 'spacious skies' are truly members of WE THE PEOPLE.
"O beautiful for spacious skies,For amber waves of grain,For purple mountain majestiesAbove the fruited plain!...
America! America!God shed His grace on theeAnd crown thy good with brotherhoodFrom sea to shining sea!"
Source for lyrics
We the People...
and more and more, We came....
From sea to shining sea.
WE came on journeys long and hard.
America's first waves of immigration during the 16th to 18th centuries were from the British Isles. WE came for economic opportunities and religious freedom, most often as Protestants. WE were well-to-do with land grants, organized communities, and indentured servants.
The Spanish settled Florida, what is now our Southern border, and the far western coast, the French up the Mississippi River and its tributaries, and while trappers explored the 'purple mountain' majesties of the Rocky Mountains.
Later, during the 1840-50's huge European populations fled famine, religious persecution. and the ever changing map of political conflicts.
And still, WE came... the Irish, German, Scandinavians and more with many Catholics. So many were from poorer backgrounds and less skilled, WE arrived with the clothes on our backs,
calloused hands, and with souls full of dreams.
My husband's great-great-great grandparents arrived from Bohemia/Czechslovakia, today it's the Czech Republic, in 1851. In the photo above are the sons and daughters of his family grown and their spouses.
Political turmoil in Czechoslovakia was most likely the reason for  leaving. My hubby's family (both sides) became farmers in Wisconsin. My husband's parents both descended from this Joseph-Father who appears in both family trees six generations back.
Arable lands in Europe were worn out from centuries of cultivation. Inheritance laws left lands and property to the oldest male---leaving the rest to find other ways to feed their families.
The opportunity to farm in the America was more than attractive.
Starting a new life was a necessity.
And, so WE came to a new country, needing all sorts of laborers with skills and determination.
But, WE were also SLAVE LABOR.
"Slavery in America started in 1619, when a Dutch ship brought 20 African slaves ashore in the British colony of Jamestown, Virginia.  See Black History and Slavery. 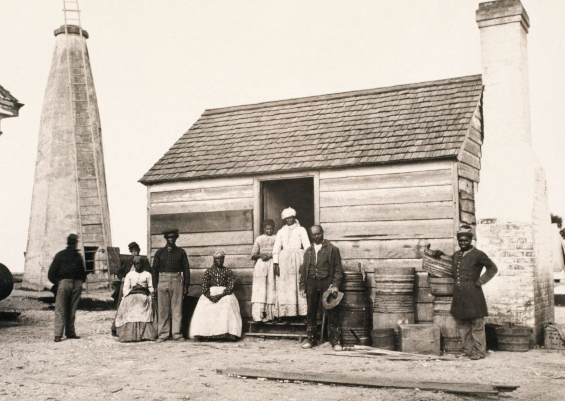 Slavery in Georgia.
Throughout the 17th century, European settlers in North America turned to African slaves as a cheaper, more plentiful labor source than indentured servants, who were mostly poor Europeans. Though it is impossible to give accurate figures, some historians have estimated that 6 to 7 million black slaves were imported to the New World during the 18th century alone,...."
We fought a long and bloody Civil War
to abolish this abomination.
Lincoln from a 1911 print once in my position.
On September 22, 1862, Lincoln issued a preliminary emancipation proclamation, and on January 1, 1863, he made it official that “slaves within any State, or designated part of a State…in rebellion,…shall be then, thenceforward, and forever free.”
In the name of  WE THE PEOPLE,
Congress adopted the
...13th Amendment on December 18, 1865, and officially abolished slavery. But freed blacks’ status in the post-war South remained precarious, and significant challenges awaited during the Reconstruction period.
WE moved on,
and a new Patchwork of our Nation sewed the
colors from old homeland flags
combined with the shades of OUR skins.
Still, laborers were needed for our growing nation.
Chinese came to work on the railroads, Hispanics from below our southern borders for farming and ranching, followed by more Western and Eastern Europeans from every corner of the continent to build our cities, roads, man our mills, and dig deep in our mines.
The Statue of Liberty and Ellis Island.
“Give me your tired, your poor,
Your huddled masses yearning to breathe free,...

...The wretched refuse of your teeming shore.
Send these, the homeless, tempest-tossed to me,
I lift my lamp beside the golden door!”
https://www.libertyellisfoundation.org/about-the-statue-of-liberty
How many of your ancestors passed through Ellis Island?
My parents' families came from Lithuania and Denmark,
escaping failing fishing villages on the North Sea and the devastated farmlands of Lithuania. Constant wars continually changed the map of Europe causing upheaval and economic chaos.
Half of all my great-grandparents' extended family left Denmark for the United States. The same for the Lithuanian side. Our last contact with my father's family was in 1953 when the
Iron Curtain closed tightly on Lithuania, Latvia, and Estonia.
My Danish great-grandfather on the right was torn between two lands, and moved back and forth several times, finally settling in Wisconsin and fishing the Great Lakes.
He and Grandfather (left) opened a Fishmarket in 1921.
My grandfather at age 14 had a photo taken to look older. He wore a larger suit with layers under it, and the cigar. A hat, and an expression that denied the fact he had just been confirmed,
and then he joined the Merchant Marines.
George was over six-foot and definitely a character.
WWI loomed and since not yet a citizen, he wanted to see the world and be a part of the conflict.
He became naturalized and one of
WE the PEOPLE
in Portland Oregon in 1919, aged 21 between sailings.
My father enlisted in the Army in January 1940 at age 18. We were still in the Depression and despite a partial scholarship to a state college, he could not afford to go. Hubby's dad also served in the South Pacific and fought at Okinawa.
After almost six years in the Army stationed in the Philippines, New Guinea, Australia with a Medical Surgical Unit, Dad came home the first time, without a fanfare or welcome.
He was proud to be an American and to serve and WE of him, and all the generations who served in our military to keep us free.
Honor Flight and Welcome HOME!
RIP Staff Sargent
WE...
FLY the Flag!
WE
Children of Immigrants
or immigrants ourselves. I have two foreign born daughter-in-laws, bless them. They are my loves and will be added to the WE of our United States.
WE come from every religious expression,
and every corner of this earth.. 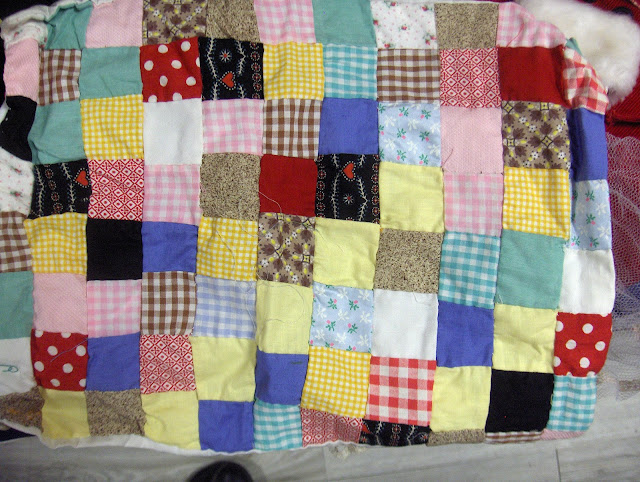 all tightly stitched and woven into this
PATCHWORK OF HUMANITY Called...
WE THE PEOPLE.
If you comment please list your ancestors' homelands
and when they arrived on our shores if you can.
I think it would be interesting to see how diverse we are.
I will try and respond to every comment and answer every question.
Join me at these fine blog parties:
All Things Patriotic:Grammys Grid
Friendship Friday
Friday Favorites
Anything Goes Saturday
Metamorphisis Monday
Wonderful Wednesday
Please do not use photos without linking back to this blog without my permission.
Thank you for your cooperation,
Sandi
Posted by Sandi Magle at 9:41 AM 10 comments: